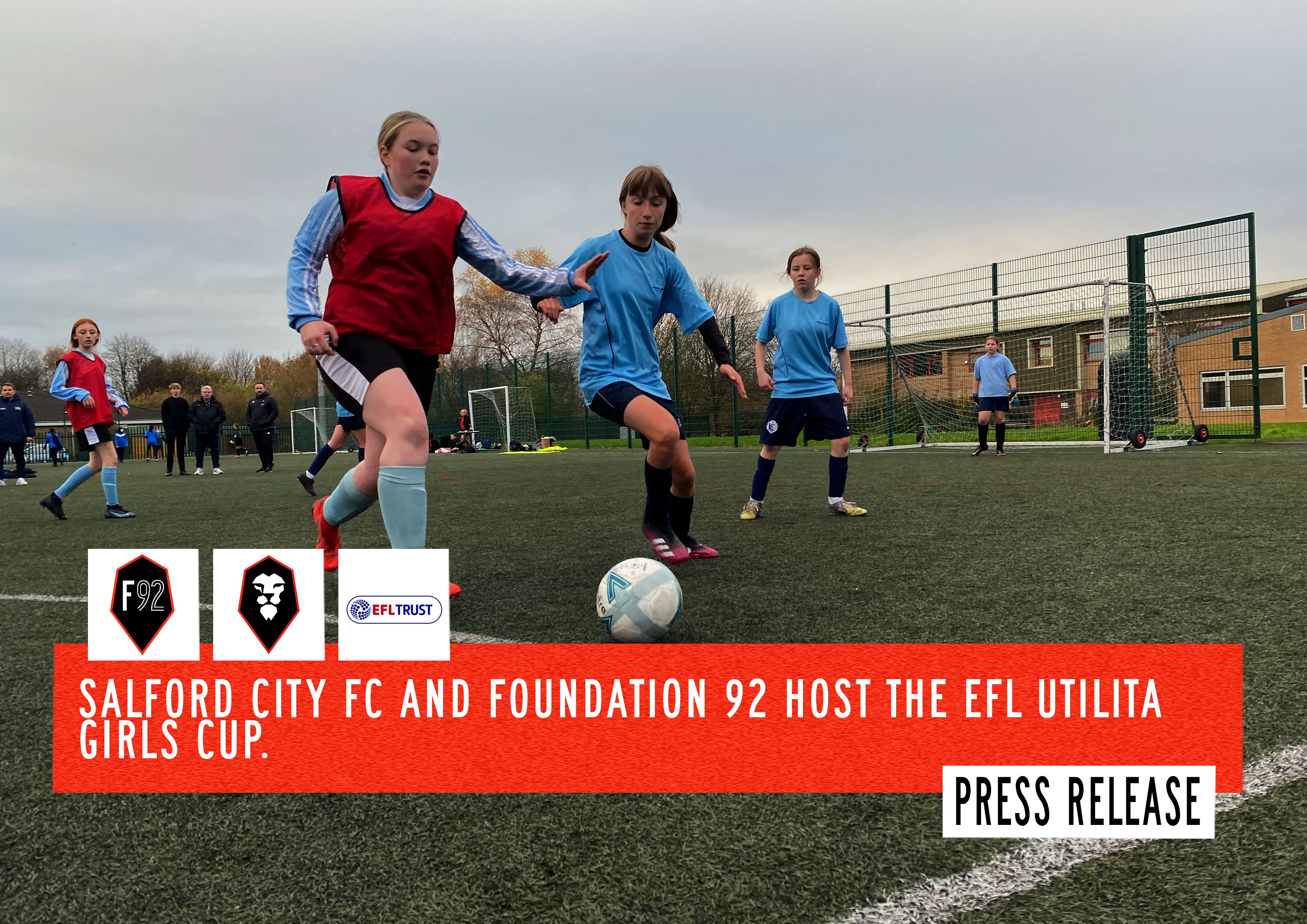 Salford City FC, alongside Foundation 92, hosted the EFL Utilita Girls Cup last week, providing youngsters with the chance to represent Salford City FC in the next stages of the competition.

Ran in conjunction with both the EFL and the EFL Trust, the Girls Cup allows for junior footballers from local schools to compete in a six-a-side tournament hosted by the Foundation, with the winners earning the chance to play on behalf of The Ammies in the Regional and National phases of the competition.

The tournament, which took place earlier this week, displayed some competitive football amongst the children of Salford City Academy, Albion Academy, Irlam & Cadishead Academy, Manchester Academy, Stockport Academy and The Lowry Academy – all eager to progress throughout the wider Girls Cup.

This six-a-side tournament was a fantastic opportunity for both the Club and the Foundation to engage with school children in the community, allowing them to be involved in one of the country’s largest national football competitions.

The winners and runners up of the local tournament were given tickets to last weekends game against Oldham Athletic FC, where they took part in a presentation and the winners were announced to everyone in The Peninsula Stadium!

The winners of the competition were Salford City Academy, and will represent Salford City FC in the area finals.

“We’re delighted to have hosted the first phase of the EFL Utilita Girls Cup with Salford City FC this week. Being a part of this competition, thanks to the EFL Trust, is great privilege, as we understand the importance of engaging with the community through the provision of opportunities like this one.

“We’re happy to have helped provide the participants with something that will be memorable for them, and we look forward to seeing the young footballers represent the Club throughout the competition.”

As well as the Girls Cup, Salford City and Foundation 92 will be hosting the EFL Utilita Kids Cup – a competition open to both boys and girls from schools in and around the local area.

Prev
A December To Remember
Next
Foundation 92 partners with Kellogg’s.
Cancel Reply