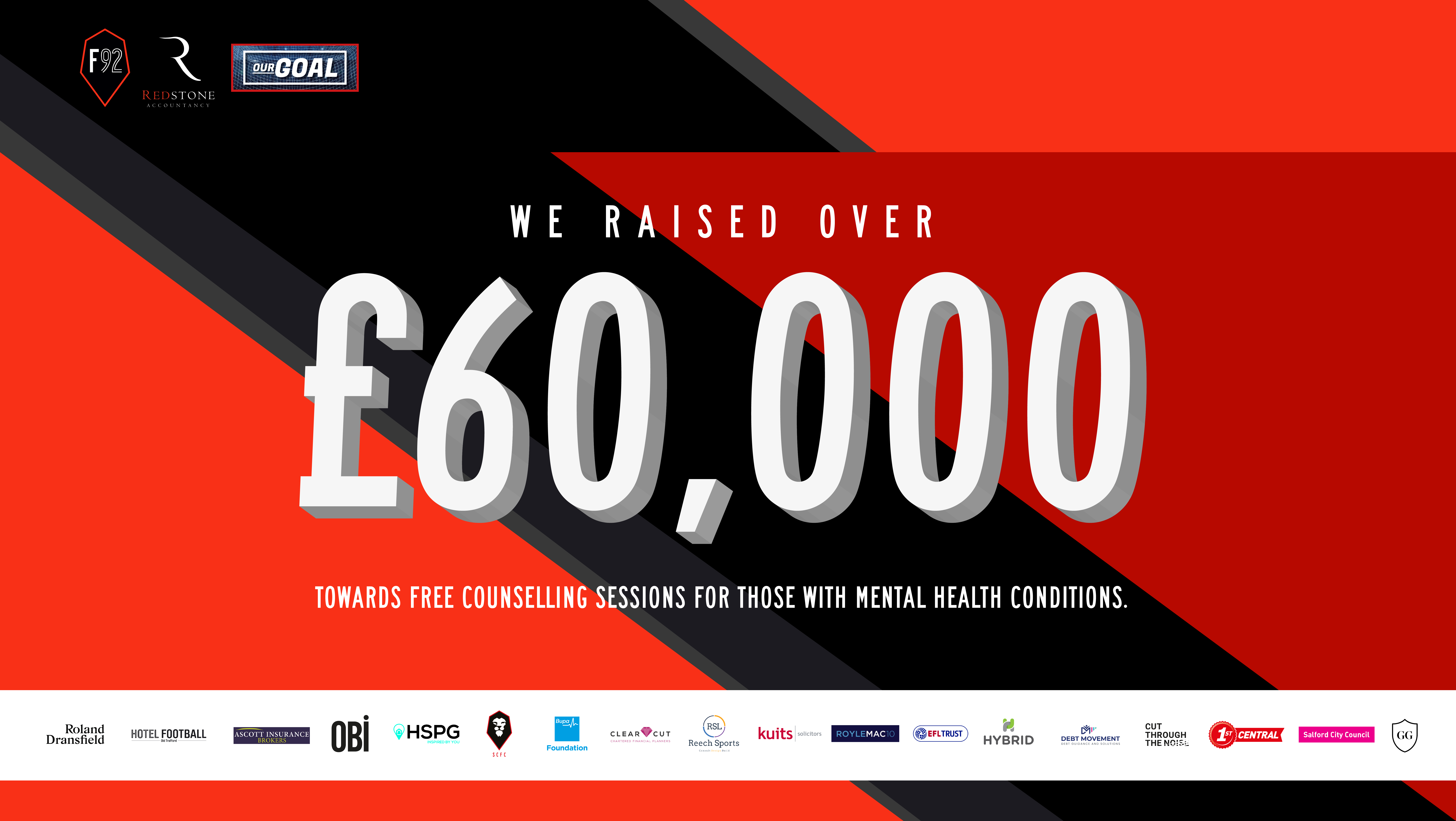 A football-themed fundraising initiative, organised by Foundation 92 and Redstone Accountancy, has exceeded all expectations by raising £60,000 in donations from the Greater Manchester business community, to fund a new community mental health initiative.

Having exceeded its initial fundraising target by £10,000, Foundation 92 will now be able to enhance its forthcoming free-to-access mental health counselling service for disadvantaged people across Greater Manchester, through employing a dedicated, full-time counsellor. 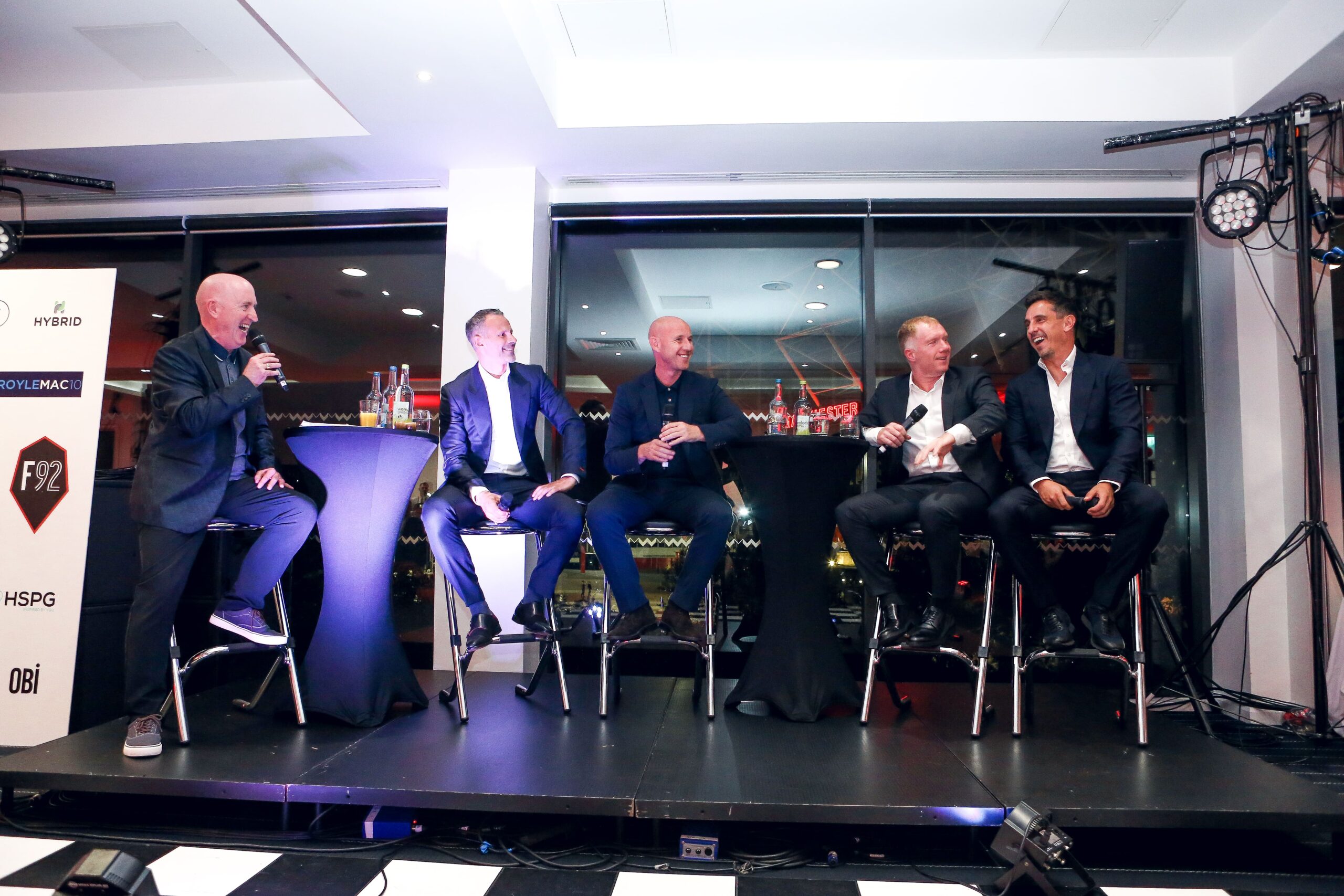 Winners of the Our Goal tournament, Hybrid Electrical Solutions, were presented with their trophy by Class of 92’s Ryan Giggs alongside Redstone Accountancy’s Craig Watts. Giggs later returned to the stage with former teammates Nicky Butt, Paul Scholes and Gary Neville for a live Q&A.

The Our Goal tournament and fundraiser were devised by Foundation 92 – official charitable partner of Salford City FC – and Redstone Accountancy, who both wanted to improve the scale and quality of mental health support services across Greater Manchester’s most deprived communities.

‘Boost’, the new mental health programme, will provide up to 30 hours of qualified counselling and support up to 100 people, through the creation of dedicated hubs throughout Greater Manchester – with a special focus on communities in Salford, Trafford, Hulme, East Manchester and Tameside. 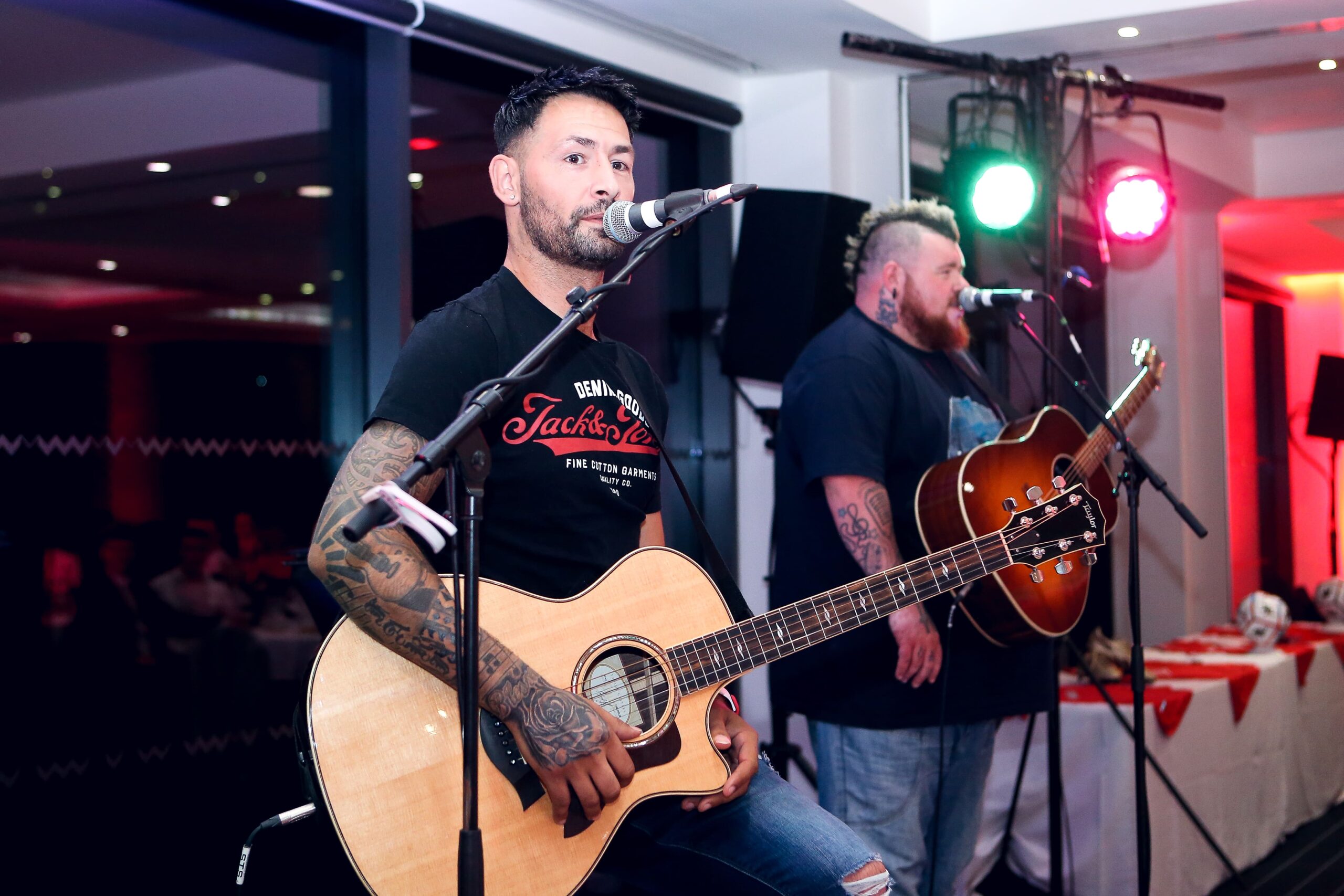 Tom Hutton, Head of Foundation 92, said: “We can’t thank the local business community enough for supporting this vital fundraising initiative. In just under 8 weeks, our fantastic partners have dedicated time, energy and shown incredible generosity to help support those in need.

“We are already looking forward to next year’s Our Goal tournament and can’t wait to welcome this year’s teams back again. After exceeding all expectations in 2021, we’re determined to make next year’s event even bigger and better, raising even more money to help support the local community.” 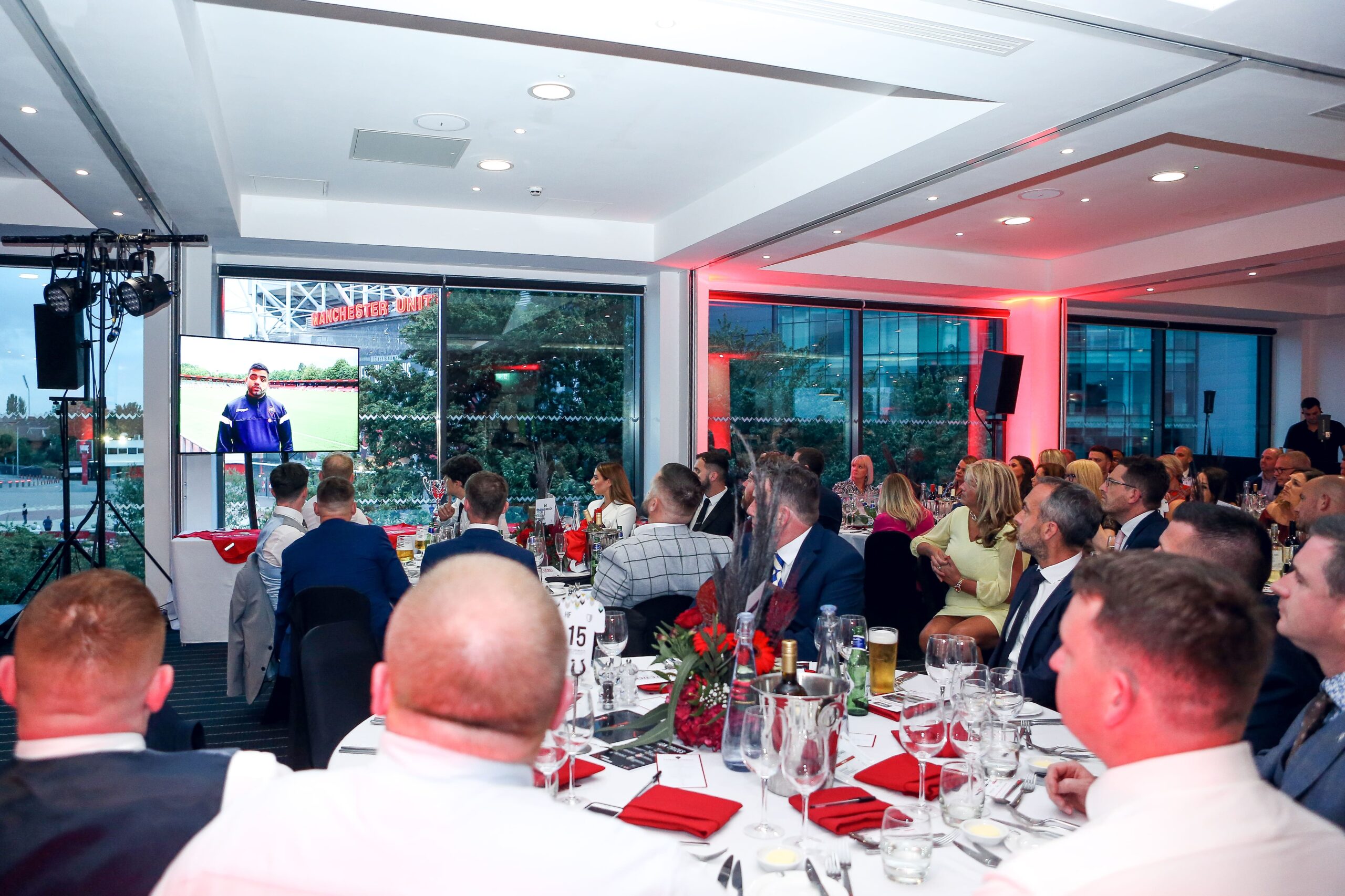 Ryan Giggs, Class of 92 founding member, said: “On behalf of the entire Class of 92, I want to say a huge and heartfelt thank you to everyone who attended Friday’s fundraising event, anyone who donated on the night and all the teams who took part in the Our Goal charity football tournament.

“Thanks to the generosity, dedication and community spirit of these fantastic local businesses, those less fortunate across the city will soon be able to access much-needed support.”

Craig Watts, Managing Director of Redstone Accountancy said: “It’s been an absolute privilege to work with Foundation 92, the Class of 92, and such brilliant Greater Manchester businesses to make the first Our Goal tournament and fundraiser such a huge success.

“The money we’ve raised over the past eight weeks will go directly to supporting people in need across the city and we’re so grateful for every penny donated. We’d like to thank everyone who got involved this year and look forward to seeing some familiar faces returning to Our Goal in 2022!”